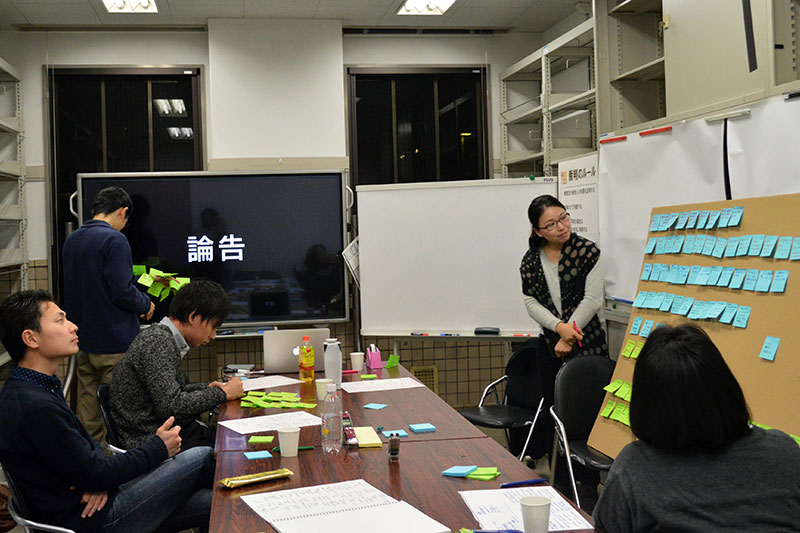 In Japan, a jury system was introduced from 2009. Although there is a large difference between knowledge of the law and experiences of the professional judges and the jurors, the two sides are supposed to bridge that gap in court deliberations in order to discuss on an equal footing.

This research project investigates this challenge from the perspectives of law, language, psychology, and engineering fields. It has become clear that sharing the information, ideas and theoretical frameworks which emerge through their discussion as the basis for judgement in a visible manner is critically important. Following on from communication research and survey results, we propose that a set of methods of deliberation which include paper tags, charts, live recording and using appropriate linguistic expressions to indicate four different phases of discussion.