an earthquake scored 9 on Richter scale hit the North Eastern part of Japan. The earthquake did not make much damage but a 14-meter-tall tsunami that followed caused blackout in Fukushima area including the nuclear power plant. The nuclear power plant uses heat from Uranium chain reaction fission to boil water into steam and turn the electricity generation turbine. This operation is safe as long as there is a sophisticated cooling system. However, when the waves hit, the cooling system shut down. Heat from the reaction started to melt down the structure. Zirconium rod that covered the fuel reacted with high temperature and created hydrogen gas. The generated hydrogen caused high pressure until the units exploded, releasing radioactive gas into the atmosphere. As a result, area around the plant became uninhabitable until now. 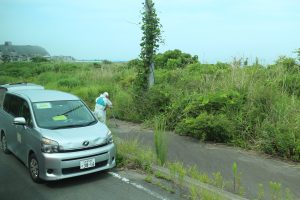 As a part of Japan Summer Program in Sustainable Development (JSPSD), we took a tour from “Real Fukushima” an agency that allow people to visit the real site. Since the whole town is still under the risk of high radiation, the screening process is very strict. They are well-prepared about the improvement report presentation. I was impressed by the attention they gave to ensure better working environment, for instance, designing full face mask with wider visual field to ease the work. The fastidious work on the workers’ safety reflects two things; first, the high risk in the area and second, the need for workers in the site despite that fact. The timer incorporated with radiation dose meter ticked down from 9 hours 30 minutes the moment we received them due to the regulation that 10 hours is the maximum time to stay on-site for security reasons. 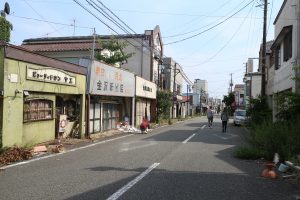 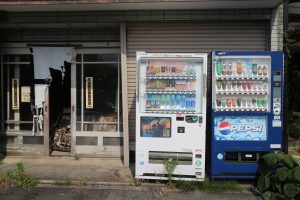 Figure 3 A house in Okuma

Walking down the street in the abandoned city of Okuma, it feels unreal. The quietness and the emptiness made it difficult to imagine that it was once a lively area. Despite some ruins inside, most buildings were in considerably good condition. Belongings and furniture were left untouched the way they were 7 years ago – sandals on the ground, clothes on the sofa’s armrest and blinking traffic light. It looks as if time had stopped, its residents just went on a vacation and the town is still waiting for their return. However, there is next to no hope of returning. An officer from TEPCO Fukushima prefecture office mentioned that it takes long time and lots of money to restore the place and they do not know how many people really want to come back, so people are debating whether the attempt is just a waste of resources. 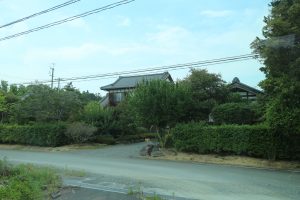 Mr.Suzuki went on the bus with us. He is the owner of the nearest property to the Daiichi power plant, a beautiful Japanese-style wooden house. Suzuki family had lived there for 400 years but he allowed the government to use his house area to store radioactive waste since the house is in the difficult-to-return zone. Despite that fact, he still come back to maintain the small garden near the house every week saying he would like to hand it to the government in its best condition.

It’s sad to know that there are so many people unable to return home and it’s even more sad when I know that there is a possibility for another town to experience the same thing as long as we continue to use nuclear power without any further action. 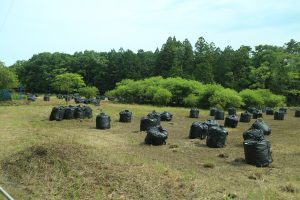 Figure 5 Nuclear contaminated soil with no way to dispose yet 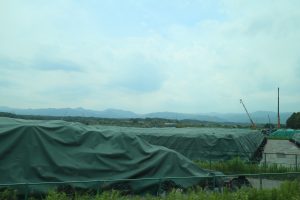 During the trip, I wonder why nuclear power plant got approved to be operated in the first place? No one has found the way to treat the nuclear waste yet. The best attempt is to store tons of nuclear waste in the inhabitable area. The process of cleaning the units will lasts for 30-40 years. After that they will try to clean the waste, but the method for that part is not discover yet. It is an incomplete technology relying on a not-yet-exist technology and not-yet-born-people to take care of it which does not fit the definition of sustainability at all.

Before this trip, I knew solid information about the incident as a big terrific incident, but not until I got to visit the real site that I realized how much a decision from the authority can have huge effect on the society, even generations after. From my field of interest and my ability, I would like to spread more awareness among the next generation, hoping that someday, the story told today might be able to prevent another authorized person from making a non-sustainable solution like this one or inspire someone to find the solution. 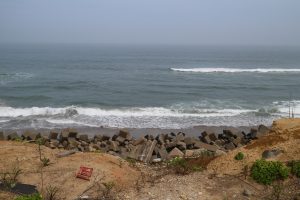 Figure 8 Calm wave at the same shore the tsunami hit

Looking at the calm wave at the same shore the tsunami hit makes me realized once again of how less we can expect things to be. The only thing we can control is our action. Like Mr. Suzuki did, whether the government will keep the house or not is none of his business, he just takes pleasure in keeping the garden neat. Same to us, we don’t know how the world will react to our effort, so our job is just to do our best in whatever we want to do.

Well, at least I believe so