Miraikan : The Most Inspiring Museum
I’ve Ever Seen

In the spring break after my first year in GSEP, the GSEP faculty and staff took the 1st and 2nd-year students on a one-day trip in Tokyo. At first, they asked for suggestions from the students where we wanted to go,  at that time I proposed that we go to Miraikan, in Odaiba. And, yes! they took us to Miraikan, much to my delight.

The reason why I chose the Miraikan is that we can see in this museum one of my inspirations since my primary school, ASIMO. He’s really popular. I’ve met him when he came to Thailand (when I was just 10 years old), and he is one of the things that inspired me to study engineering in Japan since then. Therefore, I waited for this trip to see my idol again.
In the morning on 11th March 2021, we left from the Tokyo Tech Ookayama campus to go straight to Miraikan, The National Museum of Emerging Science and Innovation. Indeed, before getting into the museum, we didn’t forget to take a group picture. 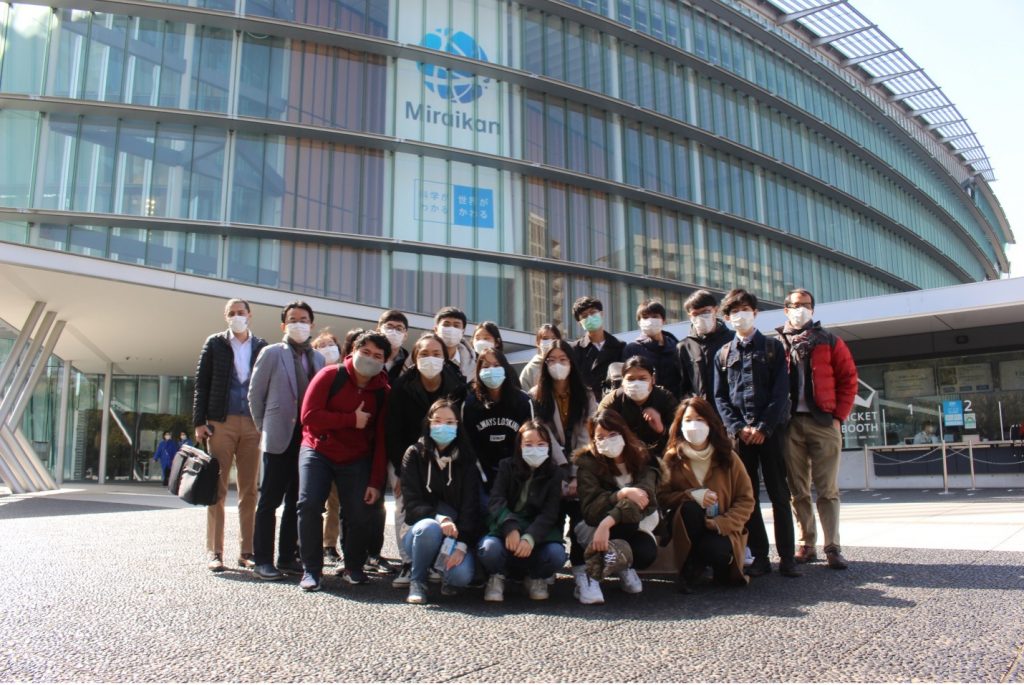 When we went there, it was the first day of a special exhibition, “Disaster and Future” – 10 Years after the Great East Japan Earthquake. This exhibition showed the Great East Japan Earthquake on the same day and month in 2011 and its effects 10 years later. A lot of pictures in the exhibition showed how the people survived in this tough situation. It made me realize the uncertainty of life. I might have to prepare for such unexpected situations in the future. 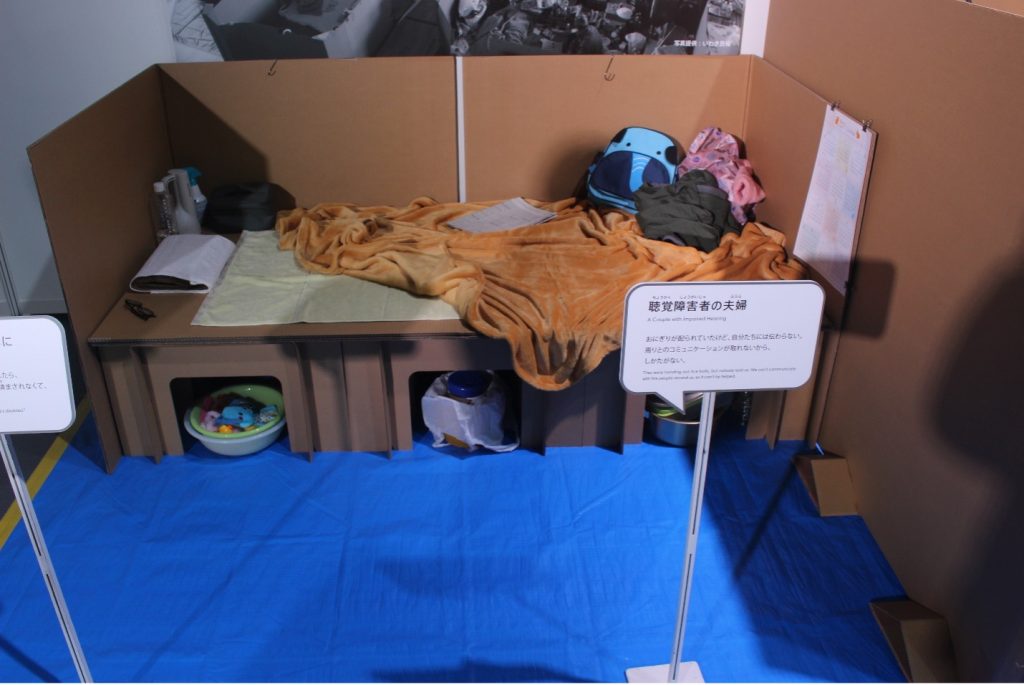 When I got into the permanent exhibition, I found out that the  ASIMO demonstration was about to start. ASIMO was there, showing how many things he can do. He can speak. He can serve water on a tray. He can even dance. I was really impressed with his mini-show, because it reminded me of my childhood. Although ASIMO development has been stopped, ASIMO is still one of the first type of humanoid robots. He had inspired many children around the world. 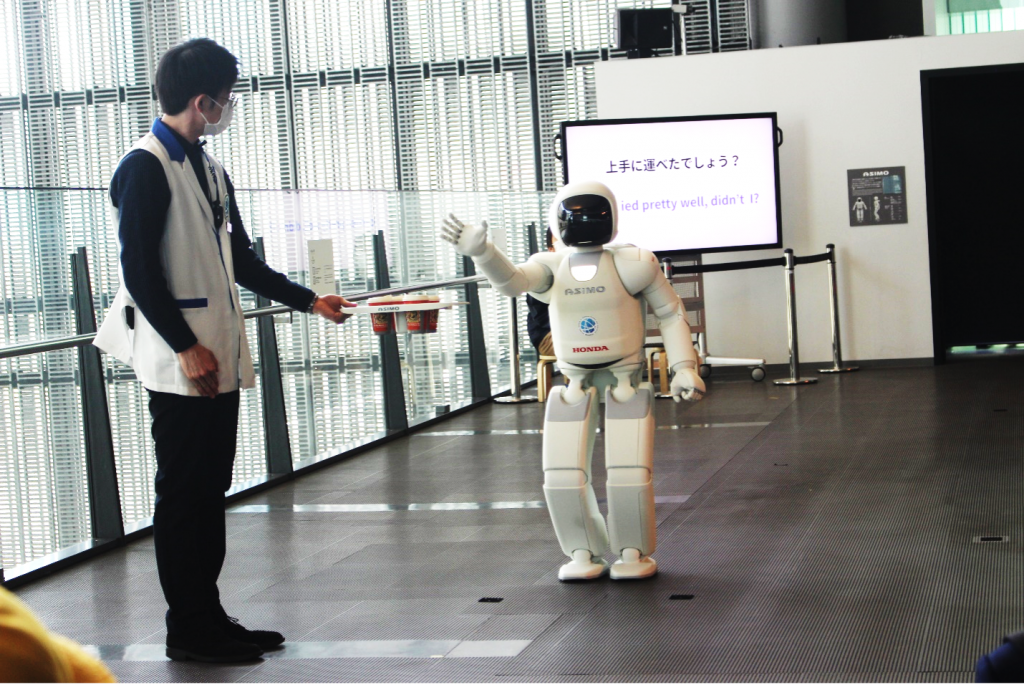 ASIMO showing his “tricks” during the demonstration

After the ASIMO demonstration, I explored the exhibition about robots more. Robotics is one of my favourite topics. In the permanent exhibition, there were many robots that were on display such as a female humanoid robot sitting on a chair. She looks very similar to a real woman. It leads to a question what if robots have appearances and can do everything like humans. Will they be accepted as a human?

Whenever we search about Miraikan in the internet, we will always see many pictures of a large globe like the Earth. The Geo-Cosmos is an icon of Miraikan. This globe demonstrates the weather pattern on the Earth. When I saw it by myself, it is larger than I thought. One can say that the Geo-Cosmos is an Instagrammable photo spot, because if you post a picture of it, other people will know that you went to Miraikan.

Miraikan contains many interactive exhibitions that let people understand some difficult topics of emerging science easily, as even primary school students could understand how the universe formed. This place points out how Japan government encourages people in the field of science and technology. Science communication is an important factor to improve human resources to understand science and, hence, develop the country. 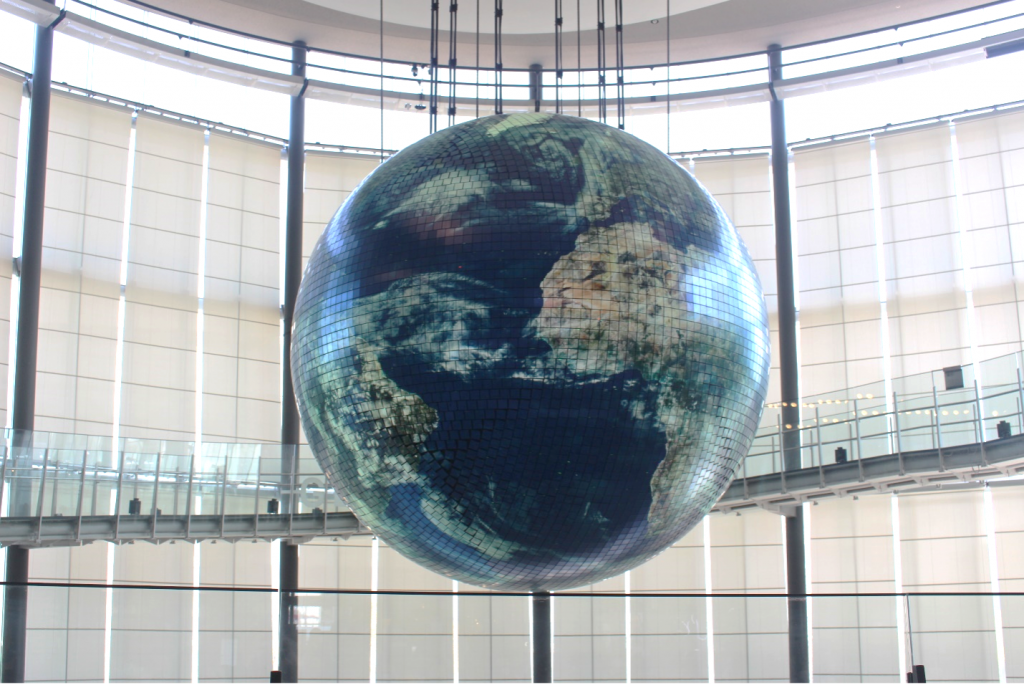 As an engineering student, I’ve got a lot of inspiration from here. It interests me not only in the field of robotics but also in many emerging science fields such as nanotechnology and iPS cells. And I trust that everyone who comes here whether how old they are will get inspiration, some new knowledge or, at least, some amazing pictures to post on SNS.

I would like to say thank you to all GSEP faculty and staff for taking us to Miraikan and organizing this trip and to all my trip companions for making this trip perfect. Lastly, thanks to Tran Huu Nhat Huy for all the beautiful pictures that you can see in this article.

*Photo credits: All photos used in the article are taken by Tran Huu Nhat Huy