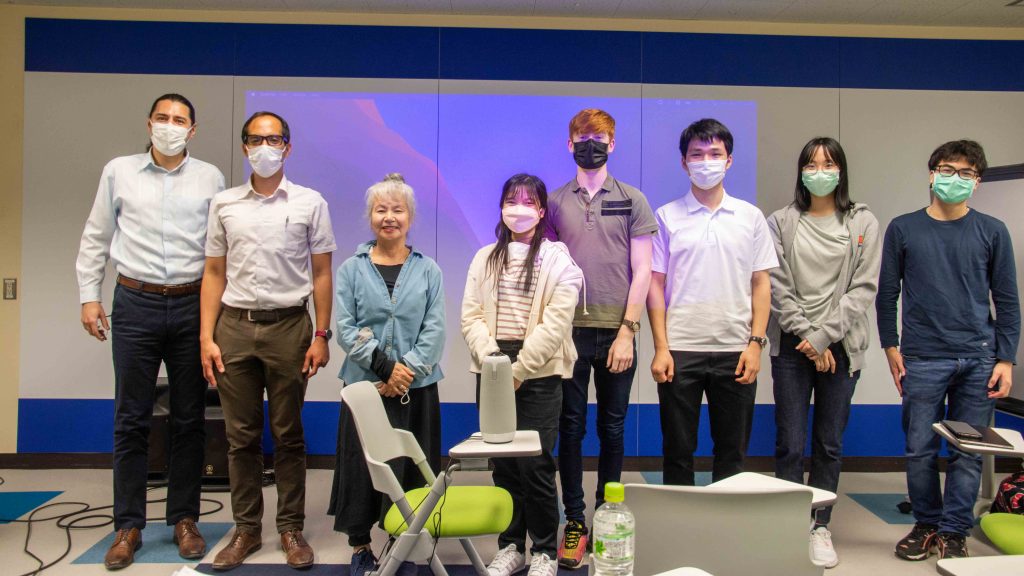 Every year, first year students of the Global Scientists and Engineers Program (GSEP) attend a course entitled, “Visionary Project”. With the aim of expanding future pathways of students, the course introduces various lives of successful individuals that cover areas outside natural science and engineering fields. Invited guest speakers have included artists, teachers, photographers, policy-makers, chess professionals among others. A session after each talk, a group discussion is held for the students to share their perceived summary and reflection about the talk. Through this learning style where there are no rights and wrongs, students could open themselves up to more opportunities, persevere in tough situations, and encourage themselves to freely pursue their dreams.

Since the start of the COVID-19 pandemic in 2020 when entry of international students have been extremely delayed, GSEP students have been attending the Visionary Project online. After two years, a hybrid-style class was held for the first time in the final session, where more than half of the students could finally enter Japan. Both online and face-to-face styles are held simultaneously in a hybrid-style class. In the final guest lecture, the students and the facilitating lecturers were fortunate to listen to Ms. Natsu Nakajima (Nakajima-sensei) talk about her firsthand account on the development of a post-war Japanese dance called “Ankoku Butoh” or “Butoh” and her personal life as a dancer. Nakajima-sensei was assisted remotely in the United Kingdom by Ms. Alice Baldock, who is currently a doctoral student at the University of Oxford.

The lecture started with a clip from a documentary entitled, “Butoh: Body on the Edge of Crisis” by Michael Blackwood. In the clip, Nakajima-sensei could be seen performing Butoh at a small park in Denenchofu, a residential area in Tokyo. After showing the clip, another clip of a stage performance of her master and Butoh’s founder, Hijikata Tatsumi, was shown. After the video presentations, Alice introduced Nakajima-sensei and then, Nakajima-sensei shared openly about her personal life including the time when she started dancing, her achievements, international performances, and her recent activities. She shared her experience as a Butoh dancer, the philosophy of Butoh, and its ongoing evolution. She also compared Butoh with other dance forms while parallelizing it to cultural differences and even the ongoing war. Rare video clips of Butoh performances were also shown, such as the performance of Kazuo Ohno, another founder of the dance.

A specific distinction of Butoh that separates it from other dances, where standards and beauty are essential, is that it emphasizes less on rules. Furthermore, its performance and background music are usually dark or eerie in nature. Hence, Ankoku Butoh translates to a “dance of utter darkness”. This aspect surprised the students a lot. For Nakajima-sensei, she mentioned that performing Butoh allows her to communicate with her true self, a self free from how she is defined by society. Another surprising aspect of Butoh, according to Nakajima-sensei, is that it is gaining popularity abroad in contrast to the situation in Japan, where many theaters of various traditional performances have closed down.

Overall, the discussion was fruitful with the students realizing the broad world of dancing; that dancing goes beyond following certain steps and a background music. The setting of the lecture was very warm and open with Nakajima-sensei, the facilitators, and students sitting around a camera or microphone that links them with the participants online or abroad. Throughout the lecture, students were encouraged by Nakajima-sensei and the facilitators to ask questions and share their thoughts on certain facts or philosophies surrounding Butoh. Among the opinions taken from the students were on the possible reasons for Butoh’s popularity abroad. Rachel, a 1st year GSEP student, asked whether Butoh, a dance without a set of standards, will still be called Butoh once it undergoes inevitable changes; as it becomes exposed to different cultures abroad.

As a final lecture of the Visionary Project for this year, Nakajima-sensei’s talk and its hybrid-style of delivery, in a way, symbolized resilience while highlighting the ever-expanding linkages between the natural sciences and liberal arts. 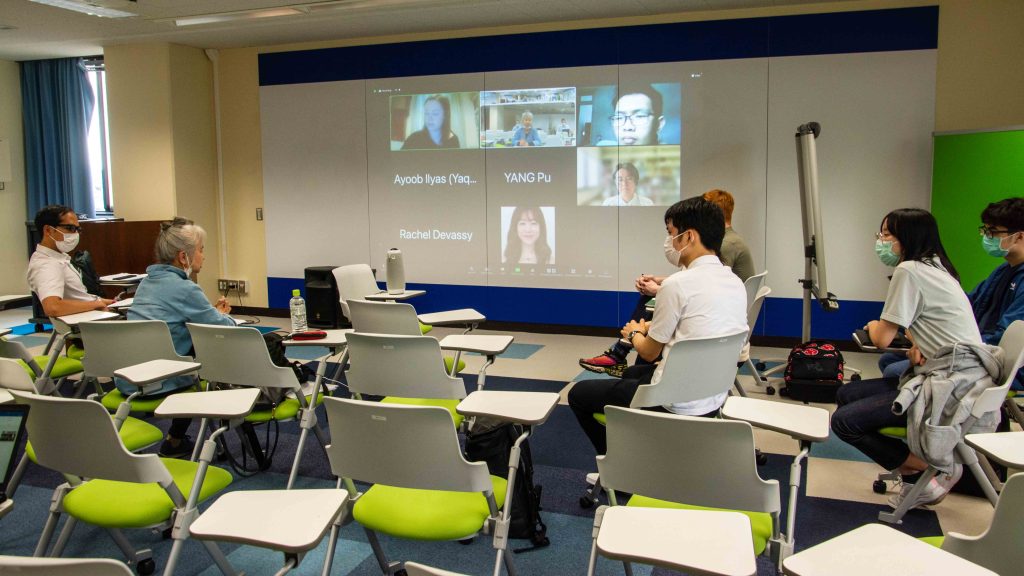