From the first Tokyo Tech GSEP graduate:
Do Ngoc Khanh
“My experience as a GSEP student” 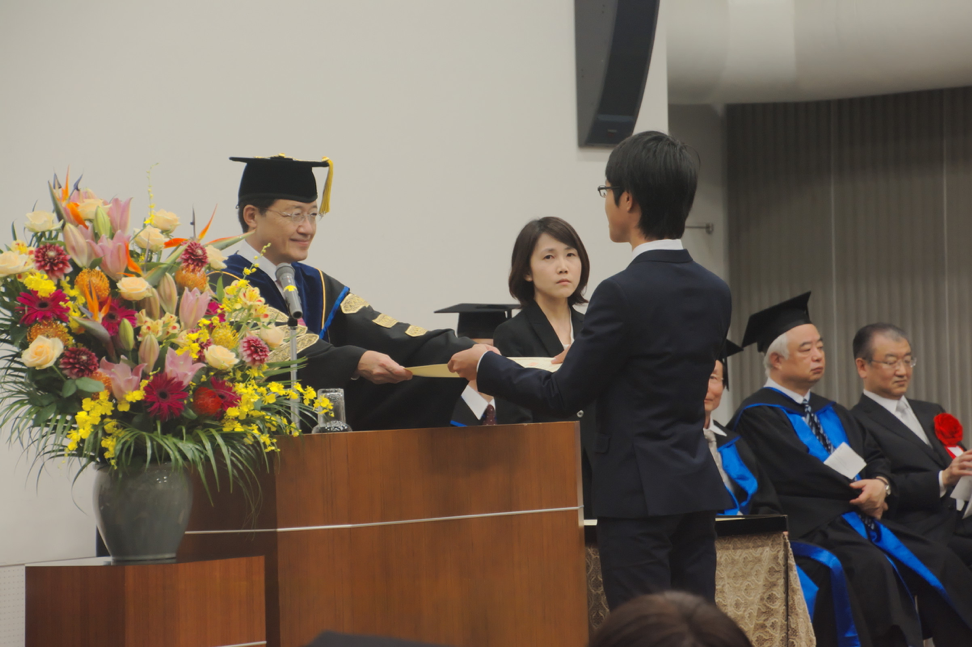 Hi. I am Khanh (friends call me Satoru) from Vietnam. This September, I graduated from Tokyo Tech three and a half years after my first enrollment. In retrospect, it was a wonderful journey with my GSEP friends and faculty members.

In April 2016, I came to Japan with a lot of excitement and worries. Excitement because I had visited Japan before and I liked the country, worries because I did not know if I could pass chemistry classes. The first quarter in Tokyo Tech felt so long to me (probably because human’s time perception is logarithmic) but somehow it came to an end. The next three quarters ended and I finished my first year safely.

The second year was a year with almost all compulsory department courses. Some of them were too difficult with incomprehensible concepts for me. After all those general engineering courses, I realized that some fields were more interesting than what I thought (for example, control engineering) but some others were definitely not for me.

In the third year, I studied some higher level courses, conducted experiments, visited laboratories and did an internship at Google Poland (http://www.tse.ens.titech.ac.jp/~gsep/2018/12/07/2305/). As I got used to the environment, each quarter was passing in a blink of an eye. At the end of the third year, I was affiliated to Kanda laboratory, a laboratory focusing on urban climatology and climate change.

In my final semester at Tokyo Tech as an undergraduate student, I did a research project as a preparation step for my master’s course. The project was about preparing inputs for a climate model which will be used for projecting future urban climate in megacities around the world.

Looking back to my bachelor course, there were a lot of uncertainties, probably because my batch was the first batch of GSEP. At the end of the first semester in Tokyo Tech, I didn’t know what I would study in the second semester. At the end of the first year, I didn’t know what would happen in the next year. After more than two years of enrollment, I still had no idea how laboratory affiliation would be done. Gradually, I got used to this kind of uncertainty because I knew that at the same time, the GSEP faculty were also trying their best to build up the program and curriculum for their students. However, as GSEP is going on to its fifth year, readers of this article who are considering applying for GSEP can be assured that GSEP is now fully-fledged, new students will receive support not only from GSEP faculties but also from senior GSEP students.

As for the coursework, I enjoyed many courses but at the same time, as I have written above, a few courses were incomprehensible for me. There were times that I asked myself why I was taking some courses just to suffer. Fortunately, professors did not expect students to become an expert in a field after only seven lectures. From my side, I also realized that there was no harm in knowing more and probably things would become simpler if I had a good understanding of basic concepts and how complex concepts were built up from the basic ones. As a result, my life became much easier.

So far, my stay in Japan has been enjoyable. I have visited many places, got to know new people. My favourite destinations are Japanese gardens, parks and ski resorts. GSEP friends brought a lot of joy into my daily life. The GSEP faculty were always supportive. I would like to express my gratitude to all of them.

Right now, I am a first year master’s student in the Kanda laboratory, Global Engineering for Development, Environment and Society course, Department of Transdisciplinary and Engineering. My research topic is the continuation of my bachelor research project, focusing on urban heat island in megacities in the future.

After almost four years of studying in Japan, the excitement that I had is still remaining but the worries have been casted away. I recommend GSEP for students who want to study in Japan in English and students who want to explore various fields of engineering before choosing one specific area of interest.