Guest lecture on the Importance of Entrepreneurship Education by Prof. Angus Kingon

As the world changes more rapidly, increasing uncertainties in the workplace or job opportunities are to be expected. Last November 8, 2019, Prof. Angus Kingon of Brown University delivered a lecture on the importance of entrepreneurship education to engineering students. The talk, which was participated by faculty members and GSEP students of Tokyo Tech, highlighted experiences of Prof. Kingon’s former colleagues and students who succeeded in their entrepreneurial works and theoretical concepts of entrepreneurship.

He began by stating the obvious that in this era, business platforms and career paths change more rapidly than before in order to increase profit or to survive. He cited the case of IBM which sold its personal computer businesses to China-based Lenovo. Drastic changes affects labor as layoffs become more common. In America, an ideal career path of increasing status in the same company is being shaken as external forces such as technology or economical shifts become global in scale. It is, thus, necessary for a student to brave and be prepared this reality by relying on one’s entrepreneurial skills. 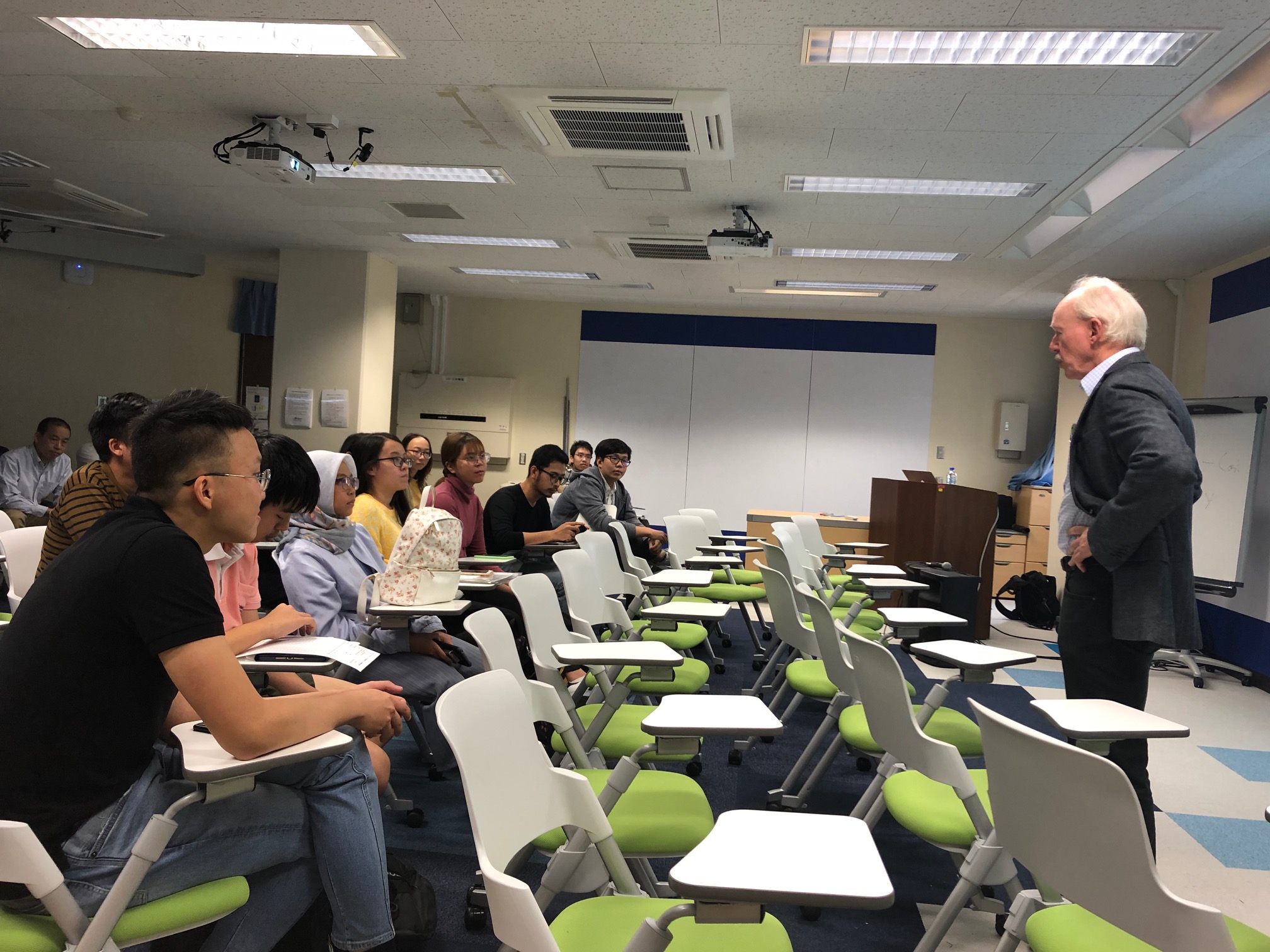 An entrepreneur, in its basic definition, is one who can set up a business, take financial risks, and accept the profit. Prof. Kingon expounded on the definition further by focusing on two types of venture creation processes; one which relies on commodity technology (non-Intellectual-Property based) and another which depends on intellectual property (IP). Using a simple chart, IP-based ventures begin with the technology, further branching out to the product choices, and ending with the market choices. In the opposite direction (non-IP-based), researching on the needs of the market is priority, which is narrowed down to the products and the technology that matches the entrepreneurs forte. Both types have its advantages and disadvantages. In terms of risks or competition, non-IP-based can be short-lived when faced with multiple competitors due to the reliance on commodity technology. On other hand, IP-based ventures will require more preparation and creativity, but may be more profitable in the long-term. To provide examples, he shared the experiences of his colleagues and students who became successful entrepreneurs leading business firms such as Cree, TeeSpring, Casper.com, and a Japan-based social entrepreneur who contributes to English education in Japan through organizing high-school debates. 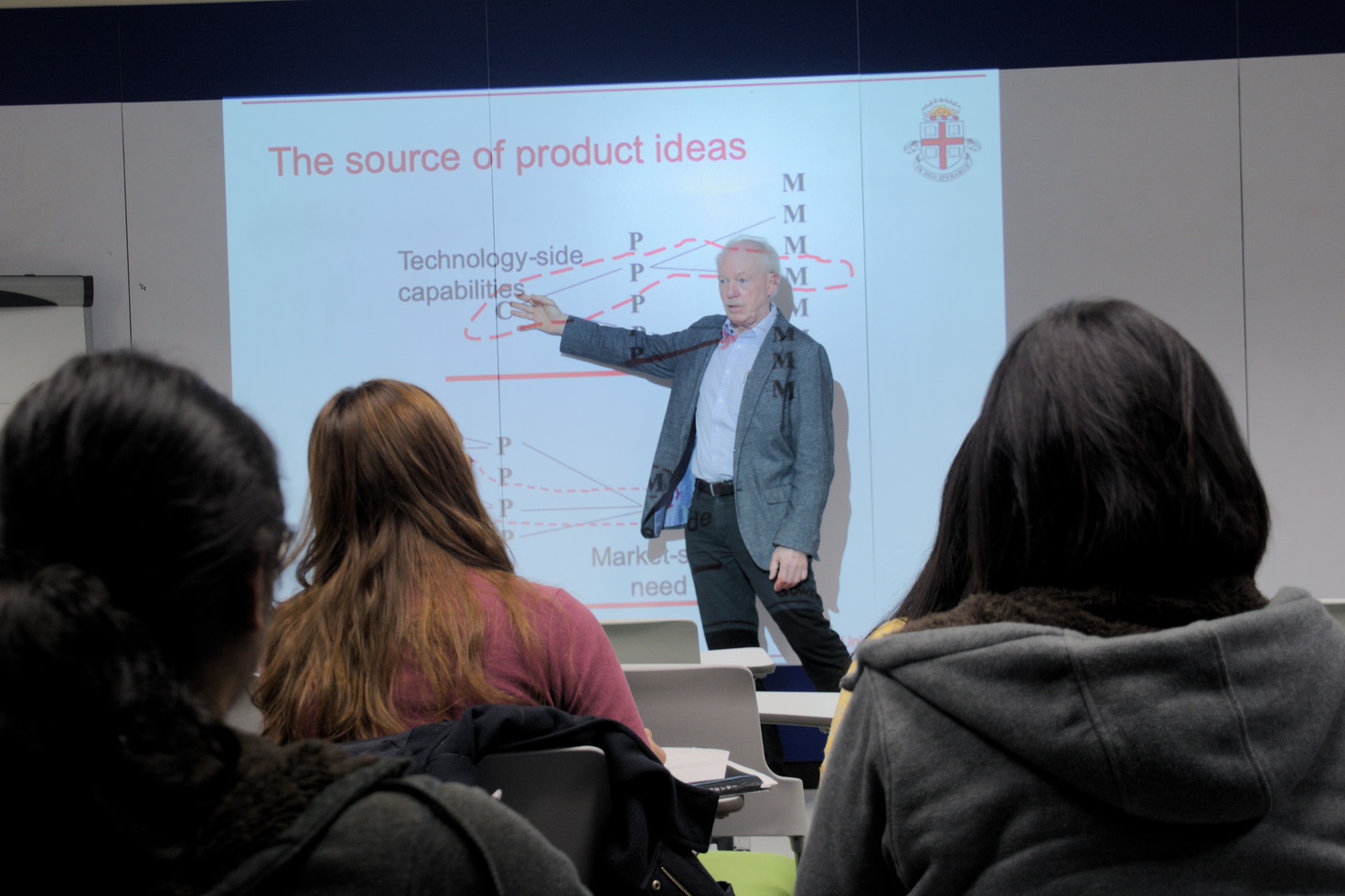 From the sourcing of product ideas and experiences with his students, it is obvious scientists and engineers have potential advantage to become entrepreneurs given their exposure to technology. The next challenge would be on how to use this potential by first changing their perspective and fulfilling other essential requirements of entrepreneurship.

For the audience to experience briefly what it takes to be an entrepreneur, Prof. Kingon conducted an exercise for the audience to differentiate engineers from entrepreneurs. Two easy tasks were given to the audience. The first task was to draw a bridge connecting two sides of a river. After sketching the bridge, he then asked them to think of other ways to cross the river. Creative and unrealistic ideas were constructed by the audience. One student suggested building a tunnel under the bridge because in his country, Thailand, rivers tend to be rapid. Another student suggested asking the assistance of whales to cross them over the river. The whole exercise demonstrated that engineers are trained to design or use bridges for crossing a river. On the other hand, entrepreneurs have to think of innovative ways to cross the river aside from bridges for profit. Indeed, while building IP-based or non-IP-based endeavors, innovative ways are needed to increase a product’s or idea’s values (which Prof. Kingon quantifies by subtracting the costs from the benefits to the customers). 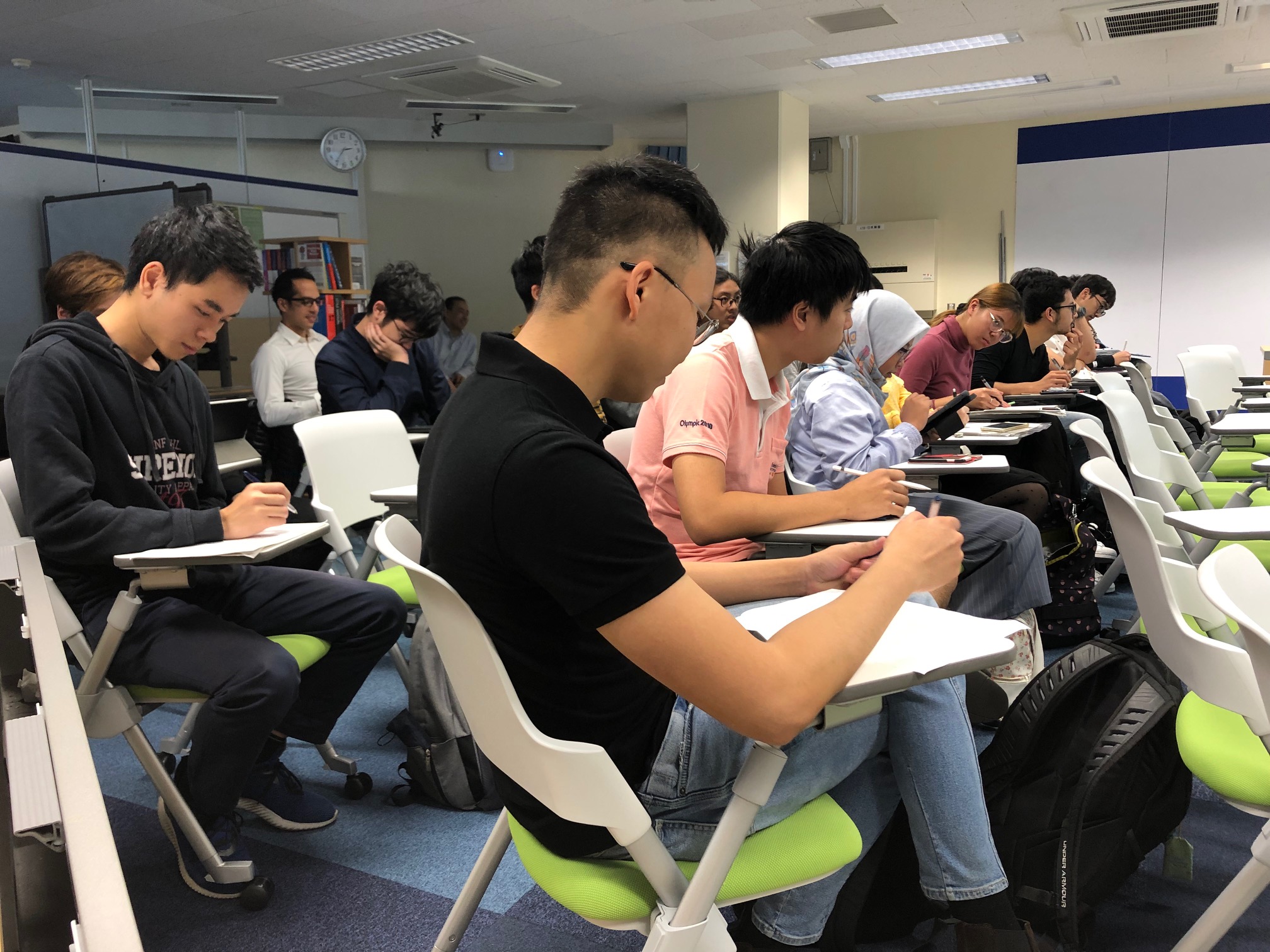 Prof. Kingon further mentioned other important aspects of entrepreneurship which includes leveraging technological tools such as social networks; building resources; and resourcefulness and bricolate (making do with what is on hand for a new purpose). He then emphasized on what he believes to be the two most important traits of being an entrepreneur: high-level agility and communication skills. Agility has two components: learning agility and people agility. To have high learning agility means to strive in diverse experiences. On the other hand, people agility means the extent of a person’s listening or empathizing skills. To improve on agility and interpersonal relations, communication and persuasion skills are needed. He advised the students to engage in conversations with people of various backgrounds or to expose themselves to an absolutely new environment.

Lastly, Prof. Kingon praised the GSEP students for choosing to have a better vantage point of entrepreneurial opportunities as future engineers given the transdisciplinary nature of their education. The next generation of engineers will face challenges that the former generation has not encountered before. He wished the students a bright future and hoped that the GSEP students will make the most of the opportunity as students of the program.

Angus Kingon has been Professor of Engineering, and University Professor of Entrepreneurship and Organizational Studies at Brown University since 2008. He is also the co-Director in the graduate Masters-level Program on Innovation Management and Entrepreneurship (PRIME) at Brown University. He was the Brown academic director of the IE-Brown Executive MBA until 2016. Angus Kingon completed his undergraduate degrees at the University of the Witwatersrand in South Africa, and his MS and PhD degrees (in Physical Chemistry) at the University of South Africa. Angus Kingon plays a dual role at Brown University as an active researcher in both the physical sciences and social sciences/management. Angus Kingon specializes in the pedagogy of entrepreneurship education. He developed a unique teaching methodology for entrepreneurship under the auspices of a major project from the National Science Foundation. This education and commercialization program has resulted in dozens of start-ups and more than 1000 jobs, and his student projects have raised about $300 million in venture capital. The importance of these education and outreach methods have been well-recognized, with Kingon and colleagues supporting the establishment of technology-based entrepreneurship programs and commercialization projects in other major universities in the USA, as well as in the UK, Portugal, Slovenia, Japan, Korea, and Ireland. Professor Kingon’s scientific research focuses on electronic materials. He has published about 340 papers in refereed journals, edited 7 books, published 6 book chapters, and has 18 issued patents.