At the start of the 1st quarter of their second year, GSEP 1st batch students had an opportunity to apply for an intensive course called “Science & Engineering Design for Global Talents – Overseas Programme”. It is divided into two slightly different programs; Science Communication Research Group (SCRG) and Science Museum (SM). Five of the GSEP students went for the interview to participate in these programs, and fortunately all five of us got accepted. Mil and Rezkita got into the SM program while Aby, Zoon, and Aom got into the SCRG program. 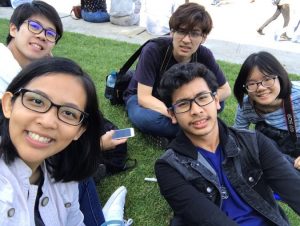 SCRG is a program where we get to visit and then discuss things related to science communication, primarily in United Kingdom, in several institutions active in science communication. The institutions we visited were Science Museum, Parliamentary Office of Science and Technology, Royal Society, Royal Academy of Engineering, British Science Association, Royal Institutions, and Wellcome Collections. Each of the organizations has their own uniqueness; even though all institutions have a mutual goal in science communication, they make different approaches according to their target groups. For instance, science museum targets all ages, POST provides information specifically for the parliament and BSA focuses on encouraging people with little to 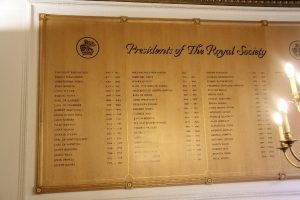 no interest in science to enjoy science. These organizations can serve their purposes effectively without losing their tracks or intervening with each other because of these clear goals. Prof. Norton also accompanied us through the visits and provided explanations from his experience and his knowledge in this field.

Slightly different from the Science Communication Research Group, the SM program members based their internship inside the London Science Museum. 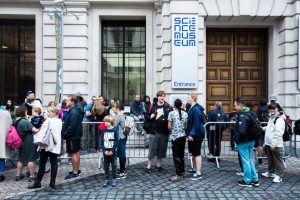 During our time there, with the guidance of Ms. Jin Nirwal, we explored galleries, expeditions, watched science shows and demos and discussed the science communication done behind it all, that has since made the museum a world known institution. We were lucky enough to meet several museum staff who each had important roles in the progression of the museum and towards communicating science to the people of London. From the museum’s explainers, special event organizers, prototype researchers, educators, to even the gallery curators themselves. 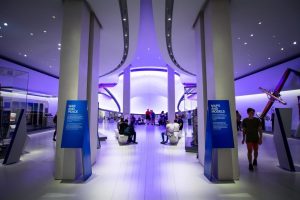 One extremely beautiful gallery displayed was the newly opened Mathematics Gallery curated by David Rooney. The gallery had a strong vision in hope to spark its visitors’ interest in mathematics through the applications it had contributed to our world both good or bad. From applications in medicine dating back to the Renaissance period, war between nations to every day necessities like money.

The glowing structures in the gallery represents airflow around the aeroplane which are driven by real equations of airflow used in the aviation industry. Designed by the famous architect Zaha Hadid, this gallery aims to portray mathematics, a subject often stereotyped as difficult or sometimes scary, into something people can relate to and be amazed about. 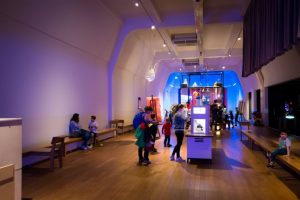 All the galleries and events at the museum held a similar goal; to ignite its visitors’ curiosity through the science they exhibited, catering towards various different ages and groups of the society. One interesting event was the Science Museum’s Lates, which was an interactive science event held once a month, that targeted adults only. The event was held in the evening and had science booths, games, talks, workshops, lots of food and drinks and even a silent disco.

On the very last day of the internship, we received training on communicating science. We each presented a super fun science demo. Coming in as awkward Tokyo Tech students, we left as confident science communicators. The attempts and measures of the Science Museum to contribute to ignite scientific curiosity towards the citizens of London are continuously changing the public’s image of science, in a positive way. Something Japan, and all our individual countries can definitely learn from. 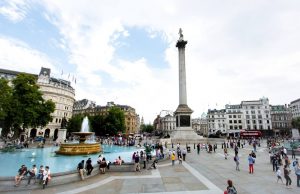 Apart from the internship, we all had time to travel and explore the beautiful city of London. We visited famous landmarks, neighbourhoods, other fascinating museums and also spent a day trip to Cambridge. Not to mention trying out all sorts of British Cuisine. 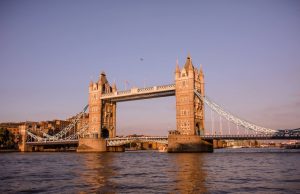 Within these two weeks, we obtained a completely different perspective about science communication; science communication is surprisingly not the knowledge but the way you present it. Similar to the way people enjoy classical music without understanding any note, science can be appreciated without any need for deep 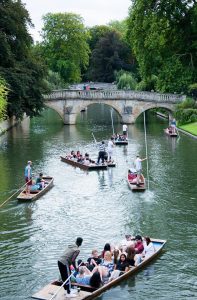 understanding. Also, throughout the program in UK, we realized the importance of science to many aspects in life, such as in the workforce and how to develop a country efficiently. We hope that in the future, as students of Transdisciplinary Science and Engineering, we can contribute to society both as an engineer and as a mediator between science and the society.

In the end, we would like to say thank you to Prof. Norton, Prof. Nohara Ms. Jin Nirwal, Tago-san, Hiraki-san, and all that have contributed in enabling us to join this program. It will be an everlasting memory for us all.